We haven’t had a new Bridget Jones in more than ten years, so it’s about time Renée Zellweger got back to charming the pants of me. The original is a classic, the sequel is hilarious, and this film, released in 2016, is a riot. A very worthy finale to a tremendous franchise, and one with a female star over forty! What a win.

Bridget Jones is perpetually single, and having her back in the metaphorical saddle is just the best part of 2016. Her delivery continues to be perfect, and her two co-stars are the best pairing in a rom-com I’ve seen in a while. Patrick Dempsey wears so many cable knit sweaters. He’s great as the lonely billionaire our Bridge falls into bed with and yet not in love with. As a possible father, he is supportive, kind, and accommodating. By far his best moments are pretending to be Mark’s husband, and him being way too nice and kinda new age-y. The math guy wants a family, and one appears to him. His longing for a family makes sense, and his being a nice guy makes him do the right thing. He was a perfect replacement for Hugh Grant, whom all of us loved to hate as Daniel Cleaver.

Emma Thompson is another pedigreed actress, and she brings the movie some much-appreciated brilliance. You probably need a sense of humor like that to be an OB-GYN, but she bounces off of the other characters with her good sense in a way that is both charming and ridiculous. I love her in everything, but she’s lovely in this, marrying her usual dry wit with kind sensibility. 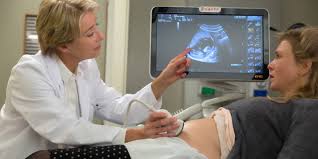 Colin Firth is his usual brilliant self, and I couldn’t get enough of him. He so desperately wants to be with Bridget, but he respects her and her choices and wants to do what it takes to make her happy. When he thinks that Jack is what will make her happy, he steps back. Mark loves Bridget enough to commit himself to another man’s son, while Jack isn’t quite that selfless. Also, Colin Firth breaking a window calmly is all I needed from life. I’m not sure if getting bitten or punched directly in the face is worse, but we all knew it was going to be Mark. It has always been Mark for Bridget. The film was excellent, made even better by a stellar soundtrack. It’s a fitting end to a great series, and it gives the first two films a great resolution. Also, Bridget bouncing her son on her hip one-armed is a move all moms have had to master. Good on you, Bridge.