Yellow face has also been acceptable pretty recently, most notably in 1961 in Breakfast at Tiffany’s, which is widely regarded as a classic (by white people.) If you want to read something by a black person on this subject, I suggest you read this, an article by Mary Anderson about the evolution of blackface. It’s very informative and touches on a lot of serious problems with modern beauty trends and appropriation.

While blackface has certainly become stigmatized, there’s still a conversation to be had about white performers darkening their skin artificially. One cannot have this conversation without talking about the Kardashian family, but they are by no means the only offenders. Ariana Grande is Italian, which is a white ethnic group. Italian people can vary in skin tone, but Grande appeared on television as a teenager with skin several shades lighter than her current bronzed look. The photos below are from 2009 and and now, 2019. They show that Grande has been darkening her skin, it’s impossible to deny. 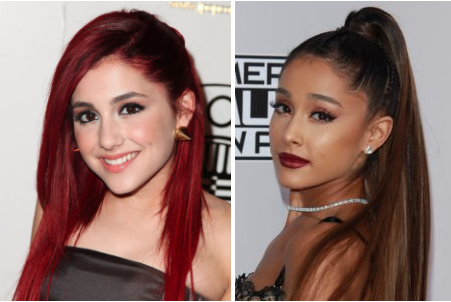 Is this blackface? And who gets to decide what blackface is? A recent picture of Kim Kardashian has brought the ongoing controversy back up, with black twitter pretty much soundly repudiating Kardashian.

While I am not black, when black people say something is offensive, I’m inclined to believe them. The statement Kardashian released included a “sorry you were offended” apology, and referenced Kardashian’s Armenian ethnicity. Kardashian is Armenian on her father’s side, but Armenians are ethnically white. The Kardashian-Jenners have gotten into trouble at different times for appropriating black hairstyles, and have made excuses and otherwise failed to apologize. They have profited from “starting” trends that have been prominent in black communities for generations. The Kardashians are trading on blackness, and cashing in. The examples are innumerable, so I made this handy collage of Kardashian-Jenner blackface/appropriation pics!

As you can clearly see, a number of the Kardashian-Jenners have appropriated traditional styles like cornrows, braids and box braids, as well as indulging in tanning. There are dozens of these photographs. To show further contrast, here is Kylie Jenner in her early teens, and now, in 2019. 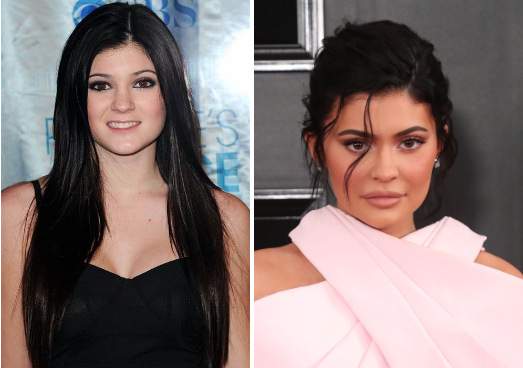 As twitter user @shazamohamedddd pointed out, people barely chastised Kim Kardashian for actually wearing blackface, while women of color are treated like garbage for the way they look. The main issue (aside from how regressive it is) is that blackface allows white people to profit off of ideas about blackness, while black people are oppressed. Black culture belongs to black people, and everyone else needs to stay in their lanes. Being an ethnic minority myself, I can understand feeling unsure about one’s place in the racial binary. Race is a spectrum, and being part of an ethnic minority does not make you black, or give you license to use blackness for personal gain. The Kardashians and Ariana Grande may not identify as white, but they benefit from white privilege and need to recognize that. Honorable mentions for cultural appropriation and general racial insensitivity go to Gwen Stefani and Katy Perry, both of whom still enjoy success and public goodwill.