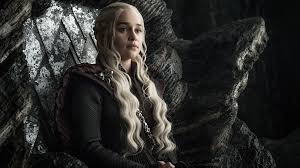 Needless to say, the final season of Game of Thrones is eagerly anticipated by legions of fans. Who will live, who will die, who will fall in love, and who will sit on the iron throne? Here are a few of the most likely fan theories for the show’s conclusion.

The remaining Starks, minus Jon, will live. We’ve watched them suffer too long, seeing them reunited will bring the series to a satisfying close.  Theon, honorary Stark, will also live, if only because he has had enough taken from him.

Tyrion will definitely live- he’s all about survival. He’ll live to see his worst nightmare come true: the mad king reborn as Daenerys Stormborn. For similar reasons, it can be assumed that Varys will also live.

Considering how volatile the world is in Game of Thrones, anyone could die, but it would be nice to see someone survive the carnage to come.

Cersei is obviously going to die, regardless of whether or not she is really pregnant. Jaime will probably die, as he has now betrayed so many monarchs that no one can ever be sure of his loyalty. There is no place for Jaime in the new world order, no matter who sits on the throne in the new golden age.

Either Jon or Dany is likely to die, because they aren’t going to be allowed to be happy together. Their relationship, while politically useful, is pretty fraught with complications, so they’ll probably break up before too long anyway. Dany is also likely pregnant, due to the heavy foreshadowing at the end of season 7. The only problem is that this pregnancy would necessitate a time-jump, if she was to die and the baby live. It’s more likely that Jon will die, despite his resilience.

Ser Jorah will probably die to save Dany, or something along those lines. His survival from greyscale has to count for something, but he’s also a traitor. He might serve on Dany’s council, but eh. He’s kinda boring.

Melisandre will definitely die- she herself predicted it, but she’s also got too many kills to her name. She killed an innocent child, which is not forgivable, even in Game of Thrones. It would be exciting to actually get some answers about her before her demise.

The Clegane brothers will both die, the Hound’s death serving as his redemption from evil. The Mountain will probably just die again, but this time for good. Cersei will probably dispatch him to defeat Jaime or Arya when they’re coming after her, and they’ll carve him up. Alternatively, it could be fun to watch him burn alive in dragon fire inside his armor.

Who will fall in love?

Given Gendry’s general sweetness, I think he and Sansa may marry and realize Robert’s desire for a Stark-Baratheon couple. He seems like a content guy, and would be happy to just putter about while Sansa is off being the lady of Winterfell.

Jon and Dany are already more than infatuated, which is inconvenient, due to their familial ties. They are unlikely to stay in love, since there are a number of factors set to divide them. Namely, Jon being the heir to the seven kingdoms, their being related, and Jon favoring mercy while Dany leans toward burning people alive.

I kind of like Brienne and Tormund together, if only because him being besotted with her is the most sweet thing in the world. Brienne deserves to be validated in all aspects of her life, and having a partner who thinks she’s gorgeous and dangerous would give her something she’s never really had, an honest relationship based on affection, not fealty. If nothing else, Brienne deserves a real friend.

Who will sit on the Iron Throne?

It just has to be Daenerys- it’s what the whole show has been building towards. Even if she only holds the throne long enough to burn the seven kingdoms to the ground, Dany will rule. The show will most likely end with a pregnant, corrupt Daenerys surrounded by the people who brought her to power, exhibiting all of the madness of her ancestors as she tries to “break the wheel.” Dany is all about the people, trying to break the cycle of poverty and end wealth inequality in Westeros, but she also needs loyalty. She will not tolerate insubordination, and when she finally has the power of the throne, she will be unstoppable. 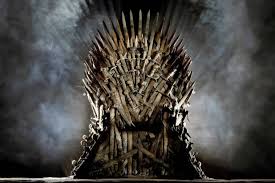